This post summarizes the findings from Waitwhile’s The State of Waiting in Line (2022), a study that explored how frequently consumers are waiting in line, how they feel about waiting, and how brands can improve their customer experience when customers have to wait. To access the full report, click here.

Waiting in line has been called a “timeless form of torture.” In the US alone, Americans spend roughly 37 billion hours each year waiting in line.

And the problem with wait times has only gotten worse. For over 2 years, we’ve been living through a pandemic that has disentangled virtually every aspect of our lives. Restarting life as we knew it has proven more challenging than expected, and as a result consumers have become accustomed to longer waits everywhere.

Yet, people are becoming far less patient than before. A 2015 Microsoft study found that the average human attention span clocked in at 8 seconds – a full second shorter than that of a goldfish. Technology is teaching us to expect instant gratification, but the physical world rarely works that way.

To tackle the problem of long lines and human impatience, innovative companies are turning to virtual queues, using technology to reduce wait times, give people flexibility, and make waiting feel like not waiting at all. A virtual line replaces the physical queue, allowing consumers to wait from anywhere and receive status updates and communications via their personal devices.

To assess the potential impact of virtual queues on the “torture” of waiting in line, Waitwhile surveyed over 1200 consumers in the U.S. to see how long people are willing to wait and whether a tech revamp of queueing can relieve some of their pain.

The analysis in this report was compiled using responses to a Waitwhile survey of consumers in the United States aged 18+. The survey was conducted online via SurveyMonkey in April 2022 and included 1202 respondents, balanced across gender and geography.

Here are the key findings:

Waiting in line is most common at retail stores, restaurants, and pharmacies

When asked about where they find themselves waiting most frequently in line, nearly a third of Americans responded with retail stores. Given the frequency with which consumers shop and the prevalence of lines at retail establishments (e.g., checkout queues, fitting room lines, customer service, return counter, etc.), it’s unsurprising that the retail sector is most associated with waits.

Restaurants came in at #2 and pharmacies took third. Of those respondents that indicated “Other”, 70% mentioned grocery stores.

The vast majority of respondents view waiting in line negatively. Only a little more than a quarter of Americans don’t mind waiting, meaning that nearly 75% of consumers are vulnerable to negative affect. This finding is critical as a lot is at stake for businesses during the queuing process: a poor waiting experience can derail an entire visit, ultimately hurting a business’s bottom line.

Nearly 69% of those surveyed said that waiting in line elicits negative feelings, including boredom, annoyance, frustration, and impatience. Remarkably, fewer than 3% of respondents associated waiting with something positive to look forward to (“Excited”). This is an indication that even when it comes to acquiring highly desirable products or services, consumers do not want to wait.

When asked about their last queueing experience, over 80% of respondents indicated that they had to wait in a physical line that was located on premises. Yet, if given the choice, the majority of those surveyed (~70%) would prefer a virtual line. In fact, 45% of respondents said they are actually more likely to join a line if it is virtual.

Almost all consumers are familiar with the concept of virtual queues – they’re now standard in industries like online ticketing and ride shares. But comparatively, most brick- and-mortar establishments are still using physical queue management, which is not only less efficient, but – as these data show – far less preferred by the general public.

People are 69% more likely to leave a physical line

Given the negative emotions that waiting in a physical line elicits, it’s unsurprising that in-person queues have such a high abandonment rate. Nearly 75% of those surveyed indicated that they sometimes leave a physical line before it’s their turn, while fewer than half of Americans leave virtual lines.

Virtual queues give people the freedom to do anything while they wait. Rather than standing in a physical line, they can instead continue browsing, run some errands, or delay their arrival until it’s their turn.

Given this immense flexibility, it’s unsurprising that consumers are willing to stick it out in a virtual line more often than in a physical queue. Nearly a third of those surveyed said that they never leave virtual lines, while fewer than a quarter said the same of physical lines.

Wait time estimates, self check-in, and the ability to complete forms most improve waiting experience

There’s a lot businesses can do to improve customer experience and gain a competitive advantage. The survey results show that digitizing queuing is highly desired by consumers and would improve the waiting process.

Nearly half of those surveyed indicated that they would like to make the waiting experience more productive by completing steps in the service process such as filling out forms, prepaying, or providing required information via an online self check-in.

Transparency is also key. Consumers want wait estimates and regular updates – both of which are challenging to provide in a physical queue. With virtual lines, businesses can leverage AI-powered technology to deliver accurate wait time estimates and also automatically give regular status updates to guests.

Most people are willing to wait longer in a virtual line

Consumers clearly have less patience when it comes to physical queues. 70% of those surveyed said they are willing to wait only a maximum of 15 minutes in a physical line for an item or service. Guests between the ages of 18-44 are most likely to leave a physical line before it’s their turn.

The way that most businesses manage their lines is outdated and out of step with consumer desires. This research shows that even though consumers overwhelmingly prefer virtual queues, most people today are regularly waiting in physical lines, which are associated prominently with negative emotions.

Technology has already improved so many aspects of our lives. In a world that’s getting less patient, the digitization of waiting experiences is long overdue. To make customers happy and gain a key competitive advantage, businesses should implement a virtual solution for their queue management.

Used by thousands of companies across every industry around the world, Waitwhile has saved 150+ million customers more than 10,000 years of waiting in line. 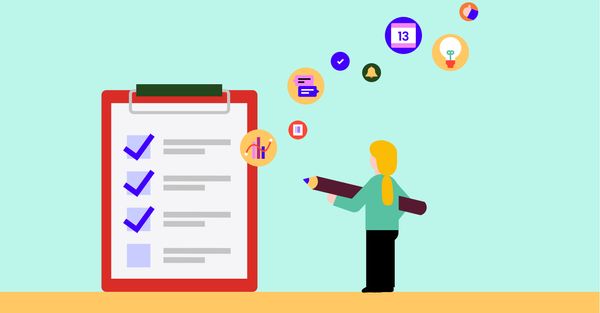 Customer flow management is more important than ever in the era of omnichannel retail. Here’s how to make sure you’re prepared to meet the expectations of today’s consumer. 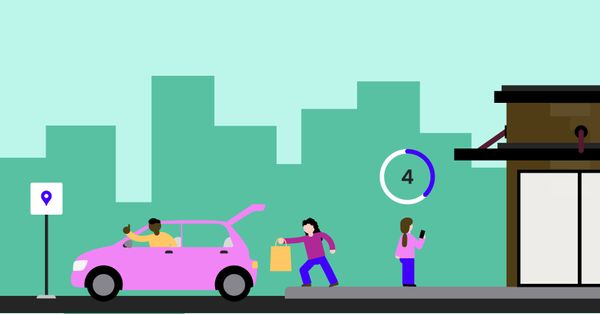 The retail landscape continues to change rapidly. We look at some of the key 2023 trends in customer experience and how you can prepare for them.